I’ve just watched 650 bike riders cover just over 1000km in total this weekend. Why such a short distance? Each one of them covered a 400m BMX track – at scarcely believable speeds – at least three times each. The sport of BMX is on the uptick again, and Max was there, competing in his third State Championships event. After a year punctuated by injury (a broken collarbone took a while to heal) and illness (flu hit hard this year), I honestly wasn’t expecting him to do as brilliantly as he did. 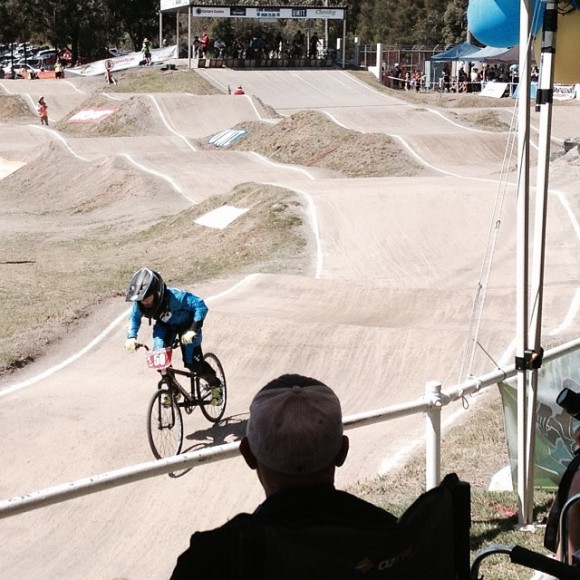 Out of 54 riders in his age group, and after winning his first moto of three for the day, he was beaten out of a place in the 24-rider quarter final by half an agonising wheel length. He started racing when he was six, and he loves it. Just loves it.

Sadly, my plan to pack a bike in for the trip to Lake Macquarie didn’t happen, so I’ve added nothing to my Great Cycle Challenge total since last I wrote. This week isn’t looking terrific, but I have a cunning plan…

I broke a few laws on the way home that afternoon. I even outran a cop. It didn’t matter – even if I’d driven under the limit, the day wasn’t going to get any better.

Dr Jolliffe was explicit and clinical in her appraisal. “I don’t like his pallor, and I think it may be a blood disease,” she said briskly. The ‘c’ word didn’t even cross our mind. “I want you to take him straight to Wollongong [hospital], and his blood results will be waiting for you. No delay. Do you have someone to look after Milly?” We did, but I simply don’t remember who. It was all getting very frightening now. I like to have things organised and under control in order to achieve a good outcome. This wasn’t in my control.

“Can we go home first?” I asked, already deciding that that’s what’s going to happen. “The doc fixed me with a withering stare. “I said ‘straight away,” she said pointedly. My blood ran cold. I nodded meekly and we went straight to Wollongong hospital; how, I don’t really remember. We didn’t have to wait long for the news that would change our lives so completely, so quickly.

“Maxim’s white blood cell count is very high,” the pediatric resident told us, just as if he was telling us he’d sprained his ankle. “It’s most certainly leukaemia.” My little boy was playing with a toy on a casualty ward stretcher. Leukaemia? Cancer? Fucking CANCER? How… how did this happen? Mel looked as frightened as I’d ever seen anyone, and I didn’t feel any better.

“Now… Westmead or Sydney Children’s?” asked the resident quite brusquely – his name escapes me, but it won’t be the last run-in I have with him. It’s not like we had a moment to Google either hospital for a resume, either; we chose SCH at Randwick mainly because my folks live between it and home, and I used to live nearby and was familiar with the area. “Righto, then; you can take him up now – they will be expecting you.”

It was about 5pm. “Let’s go home first,” I said to Mel. “we can pack, give him a bath, then we’ll head off.” By necessity, I was designated as the hospital carer; I hadn’t even thought about work at this stage, but that would come later. We packed a few things, including few toys, a blanket and Max’s favourite pillow, while he played in the bath.

Leaning on the door frame of the bathroom, watching my little boy push his Sesame Street boat around in the bubbles in the soft light of the falling evening, the thought that this might be his last ever one at home forced its way to the front of my mind. I can still conjure up that vision – and that all-pervading sense of pure grey dread – as clear as a bell to this day. 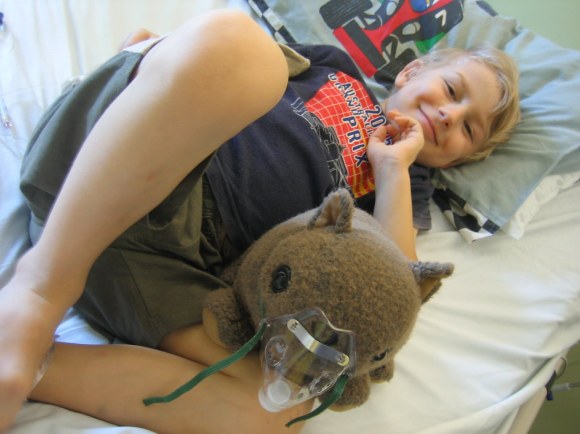 Max at SCH, December 2006. The wombat is a gift from the kids at his day care class; it’s their class mascot, in fact. 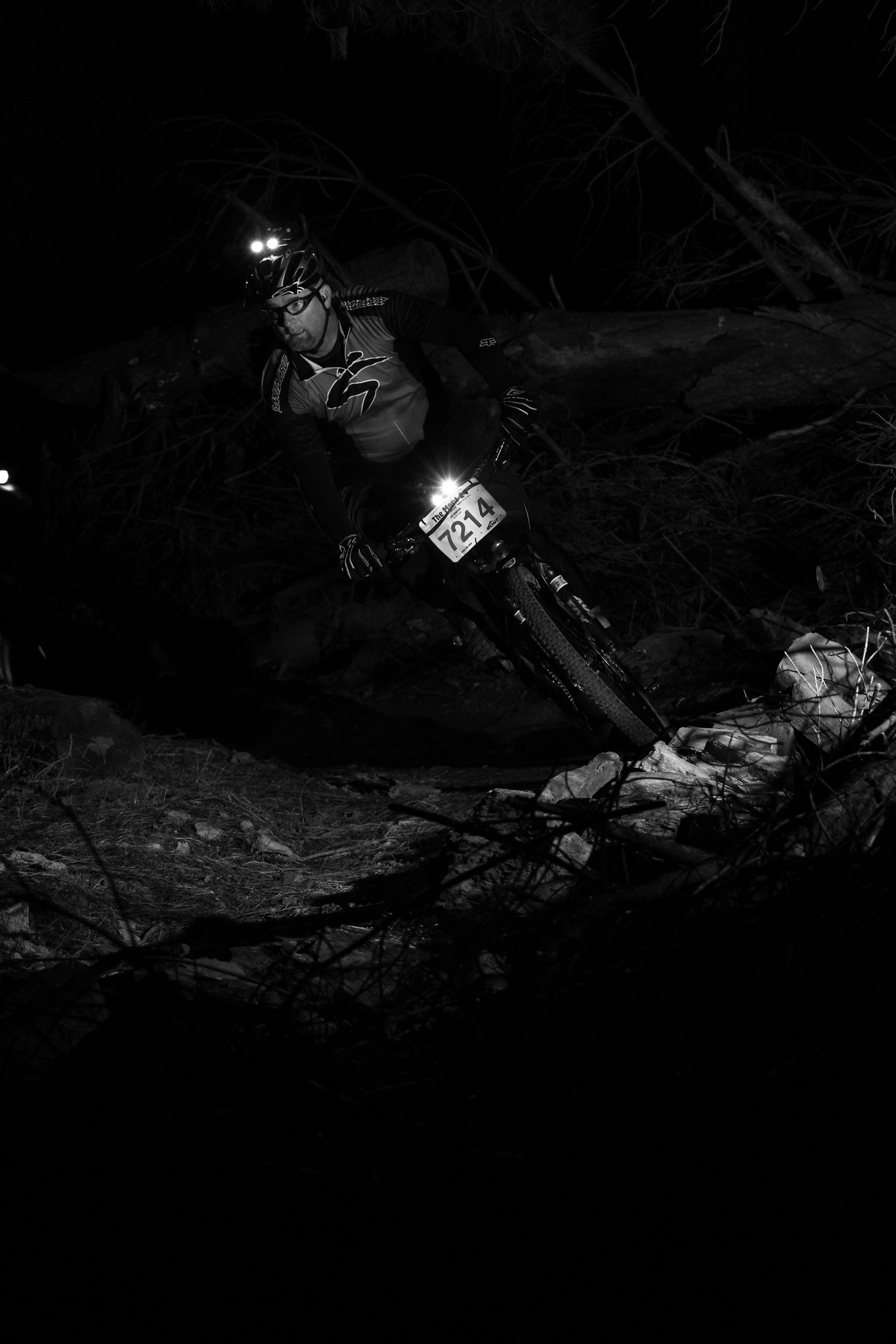